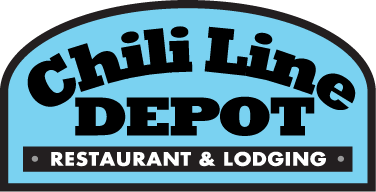 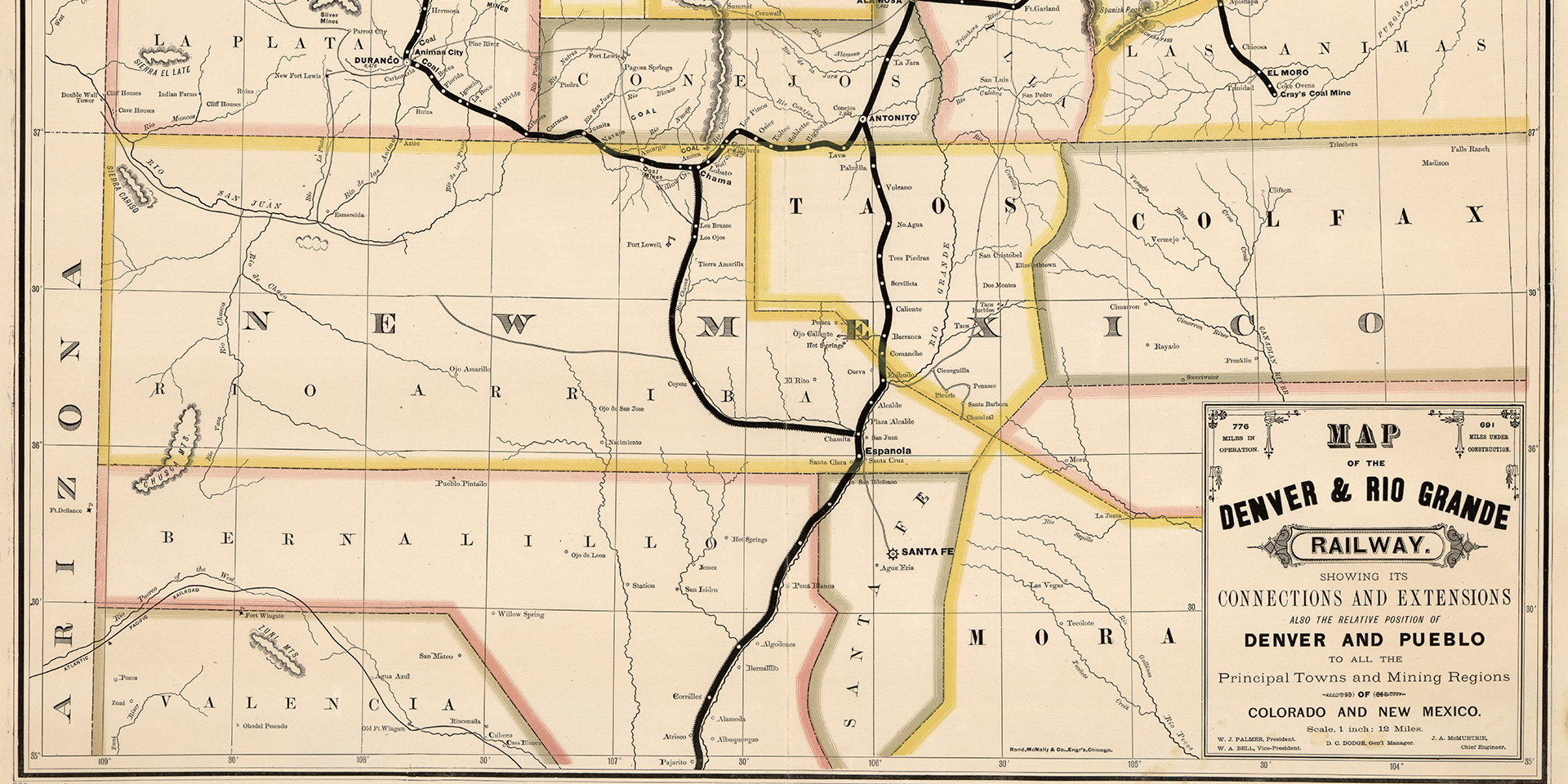 The Story of the Chili Line.

The Chili Line rails are long gone and the grade is slowly washing back in to the adobe soil from which it was formed. Built by horses and mules, the D&RG’s (Denver & Rio Grande) Chili Line, was unique, in two ways. Originally built to connect Denver to Mexico City, it was to be the first north-south line in the nation, in contrast to other major western railroads, which ran east-west. Also unique, in that it was the first three foot narrow track railroad in the nation, it ran from Antonito, Colorado to Santa Fe, New, Mexico between the years of 1887 and 1941. The Antonito to Tres Piedras run or northern end of the Chili Line began operating in 1881 and ran for 61 years.

Primarily, the Chili Line served as a shipping point for loads of livestock, lumber, mail, and some passengers. The little train would bring all sorts of merchandise that Anglo settlers and Pueblo natives found useful.  As there were severe water shortages, the train brought potable water from Antonito and San Antonio creek for sale to the community people at the cost of $.25 for a 50 gallon barrel. 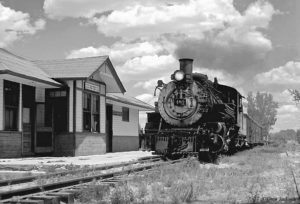 The branch had long born the name “Chili Line”. There are two stories of how it got its name. The first is that it came from the custom of the locals hanging long clusters of drying red chiles outdoors, on the adobe buildings in the countryside through which the train passed. The second story is that when the train made a stop for lunch, a number of riders ordered chile. So when the conductor called “chile stop”, the name stuck.

The train crew seemed to enjoy helping residents along the way. The engineers would blow the steam whistle and ladies would bring out their wash tubs and get hot water for laundry. The brakeman gathered newspapers in Alamosa and threw them to women and kids, since most did not have money to buy them and never traveled more than a few miles from home in their lifetimes. Each morning, the engineer would pick up a bone at the butcher shop in Alamosa, to reward a particularly loyal newspaper delivery dog (“Minnie”) at theTaos Junction stop.

Unfortunately the railroad was not making a profit and D&RG abandoned the Chili Line on September 1, 1941. The track was removed and most of the engines and iron rails were sent to Alaska for the war effort.

In the small town of Tres Piedras, the old water tower, beside the dusty railroad grade, is all that remains of the Chili Line.
Deb and Gil Graves are long time Tres Piedras residents and the Chili Line passes through their ranch. It’s more than simply historic interest to Gil, since his dad used to ride horseback from Carson to meet the train at Taos Junction to pick up the mail. They want to keep the history of the Chili Line alive, as well as provide a needed service to the residents of Tres Piedras and the many tourists and travelers passing through on their way to Taos, Chama, Antonito, Ojo Caliente, and beyond.

They named their restaurant and B&B, the Chili Line Depot, although the 100 year old building actually spent most of it’s life as a bar and dancehall where Glenn Campbell came from Albuquerque, with his uncle (The Dick Bills Band & The Sandia Mountain Boys) to play music.

There’s a lot of history in this rural area through which the Chili Line passes. It is waiting to be explored and enjoyed. And maybe…if you listen closely…you can hear the whistle blow from the gone, but not forgotten Chili Line.